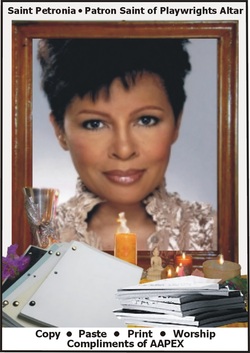 It was hard getting to sleep the night following the first "radio" reading of my play "Once Upon A Time In Harlem: A Jitterbug Romance." Maybe it was because I was the happiest guy in the world who was reveling in the moment, a moment that took forever to get to. The play began as a screenplay 40-years ago. I held onto its very cinematic ending for 30-years but never liked its bummer, hope-killing ending. Finally, nearly a decade ago, I re-wrote the screenplay and wrote a three-act play based on the revision. A few years ago I wrote a truncated "radio" version of the play which re-imagined it being a live radio broadcast from the 1930's. Making it simpler was a necessary goal because the play and screenplay are sprawling, character-filled, and contain a third act that's basically a dance contest set at the Savoy Ballroom that includes lots of jitterbuggers and two swing bands. Oy vey, how do you mount something like that unless you have access to large amounts of money? The answer is: Simplify, my son, simplify. Thanks to actress, playwright and director  Petronia Paley, it finally saw the lights of off-off-off-off Broadway on Friday, March 30th at 7pm at the National Black Theatre in Harlem. Thanks to the NBT staff including Shirley Faison and Jacque Jefferies, I finally got to see my characters whom I've known longer than some of my best friends-- and certainly longer than my own kids-- come to life with powerful performances by some of NYC's best actors (see Cast). If you're a playwright and still haven't seen any of your works performed-- especially at this level-- let me tell you it's life changing. For me it validated my writing's worth and the enormous amount of time I put into the endeavor. Nary a line was changed and the Q&A following the reading bolstered my self-confidence to no end. The audience loved it! In fact, the NBT wants to talk about doing it again. As a playwright, you can't ask for more than that. Unless, of course, you're thinking Hollywood.

Thanks be to God, Petronia, Jaz Dorsey of AAPEX, the NBT, the actors and everyone associated with the production who made it impossible for me to get to sleep the night of March 30th.

A big thank you goes out to Benja K Thomas for shooting the pictures of that night's Q&A following the reading.